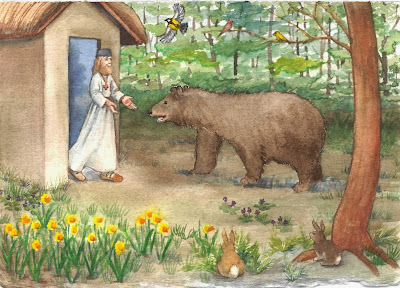 This little picture is a 5"x 7" card that I painted to send to Tofu, to tell him about this lovely, holy man.  His feast day, it turns out, is today, January 2.
Posted by Vicki at 9:33 AM